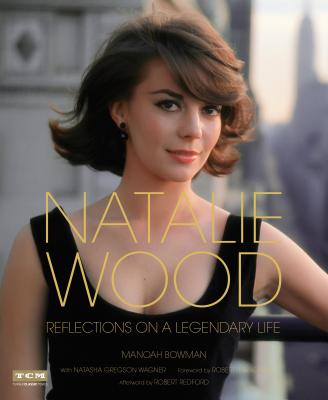 As a child actor who smoothly transitioned to adult stardom, Natalie Wood made an unforgettable impact on the world with her sensitive performances and her spectacular beauty. In a span of less than twenty years, her talent graced a dozen classics, including Miracle on 34th Street, The Searchers, Rebel Without a Cause, Splendor in the Grass, West Side Story, and Gypsy, earning her three Oscar nominations and two Golden Globes. Few actresses in Hollywood history have carved out careers as diverse and rich as Natalie Wood's, and few have touched as many hearts in a tragically short lifetime.

Natalie Wood: Reflections on a Legendary Life boldly redefines Natalie not by her tragic death, but by her extraordinary life. This is the first family-authorized photographic study of Natalie Wood, and the first book to examine her glamorous film career as well as her private off-screen life as a wife and mother. Highlights include a special section on the making of West Side Story, a foreword by her husband Robert Wagner, a family album with never-before-seen snapshots captioned by daughter Courtney Wagner, an unpublished article written by Natalie in her own words, and an afterword by friend and costar Robert Redford. Natalie Wood: Reflections on a Legendary Life will change the way the world remembers a Hollywood legend.

Manoah Bowman is the author of Fellini: The Sixties. He maintains the Independent Visions photographic archives, a collection featuring more than a million unique images that details the history of cinema and television. He has contributed material to many publications, movie studios, and museums, including Eastman House, the Academy of Motion Picture Arts and Sciences, Paramount, and Disney. His work as a photo editor includes the books Chaplin: Genius of the Cinema and Buster Keaton Remembered. He resides in Los Angeles, CA.

Natasha Gregson Wagner has led an unorthodox career for the descendent of Hollywood royalty. Since making her film debut in 1992's Fathers and Sons, the actress established her place in the indie film world with titles such as Another Day in Paradise, High Fidelity, Two Girls and a Guy, and David Lynch's Lost Highway, and she has received acclaim for her stage work and television appearances in Ally McBeal, House MD, and Chicago Hope. She recently completed work on the independent film Anesthesia. Wagner resides in Los Angeles.
or
Not Currently Available for Direct Purchase
Copyright © 2020 American Booksellers Association