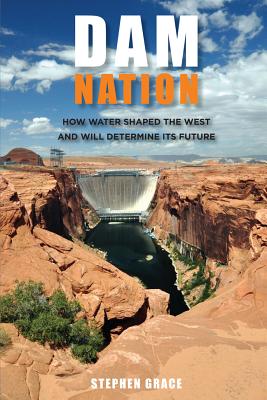 How Water Shaped the West and Will Determine Its Future

In the scramble to claim water rights in the West during the fevered days of early emigration and expansion, running out of water was rarely a concern, and the dam building fever that transformed the West in the 19th and 20th centuries created a map of the region that may be unsustainable. Throughout the arid American West, metropolitan areas such as Los Angeles, Phoenix, Las Vegas and Denver need water. These cities are growing, but water supplies are dwindling. Scientists agree that the West is heating up and drying out, leading to future water shortages that will pose a challenge to existing laws.

Dam Nation looks first to the past, to the stories of the California gold rush and the earliest attempts by men to shape the landscape and tame it, takes us to the “Great American Desert” and the settlement of the west under the theory that "rain follows the plow," and then takes on the ongoing legal and moral battles in the West. Author Stephen Grace, is a novelist, a storyteller, and the author of several non-fiction books on Colorado. He weaves the facts into a compelling narrative that informs, entertains, and tells an important story.

StephenGrace's employment has ranged from deckhand on Mississippi riverboats to neuropsychological research assistant to whitewater rafting guide. For the past several years he has worked as a travel industry professional designing and leading trips on five continents.
or
Not Currently Available for Direct Purchase
Copyright © 2020 American Booksellers Association