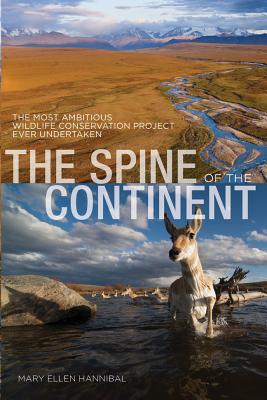 The Spine of the Continent

The Most Ambitious Wildlife Conservation Project Ever Undertaken

As climate change encroaches, animals and plants around the globe are having their habitats pulled out from under them. At the same time, human development has made islands out of even our largest nature reserves, stranding the biodiversity that lives within them. The Spine of the Continent introduces readers to the most ambitious conservation effort ever undertaken: to create linked protected areas extending from the Yukon to Mexico, the entire length of North America. This movement is the brainchild of Michael Soule, the founder of conservation biology and the peer of E.O. Wilson and Paul Ehrlich, who endorse his effort as necessary to saving nature on our continent. With blue-ribbon scientific foundations, the Spine is yet a grassroots, cooperative effort among conservation activists - NGOs large and small -- and regular citizens. The Spine of the Continent is not only about making physical connections so that nature will persist; it is about making connections between people and the land we call home. In this fascinating, exciting, and important book, Mary Ellen Hannibal travels the length of the Spine, sharing stories and anecdotes about the passionate, idiosyncratic people she meets along the way - and the critters they love.

Mary Ellen Hannibal's most recent book is Evidence of Evolution. She has written for many publications, including The San Francisco Chronicle, Esquire, and Elle magazines, and extensively for environmental nonprofits. She is a 2011 Alicia Patterson Foundation Fellow and lives in the California Bay Area.
Loading...
or
Not Currently Available for Direct Purchase