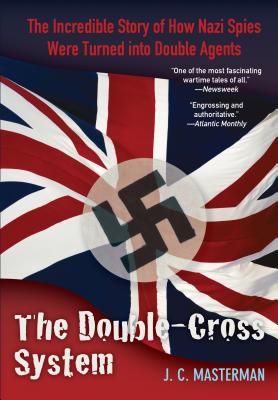 "The Double-Cross System" is the amazing true story of how British intelligence penetrated and practically operated Nazi German's spy network within the British Isles. With great imagination, care and precise coordination, the British were able to identify Nazi agents, induce many to defect, and supply Germany completely false information about bombings, battles, and even the D-Day invasion. Told by the man who himself masterminded the entire unbelievable four-and-a-half-year scheme, and filled with dazzling tidbits and extraordinary stories, "The Double-Cross System" is a testimony to Britain's skill in the fine art of counterespionage.

Sir John Masterman served as provost of Worcester College at Oxford and vice-chancellor of Oxford University before his work with British Intelligence during the Second World War. He is also the author of several mystery books, including An Oxford Tragedy, Fate Cannot Harm Me, and Marshall Ney.

Praise For Double-Cross System: The Incredible Story of How Nazi Spies Were Turned Into Double Agents…

Superbly written . . . maintains an attractive balance between the heroism of the action and the cool tone of the telling.” New York Times

One of the most fascinating wartime tales of all.” Newsweek