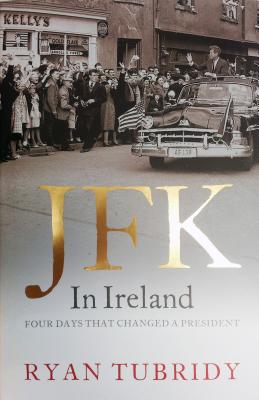 Four Days That Changed a President

A beautifully nostalgic look back at JFK's historic visit to his ancestral home "This is not the land of my birth, but it is the land for which I hold the greatest affection." President John F. Kennedy, Limerick, June 29, 1963 For the first tim.

Ryan Tubridy, referred to by the Sunday Tribune as "THE defining Irish television personality," is one of Ireland's most recognized and respected opinion leaders and media personalities. He has spent his career as a broadcast journalist and is currently the host of the longest running TV talk show in Ireland, The Late Late Show. He lives in Dublin.
Loading...
or
Not Currently Available for Direct Purchase