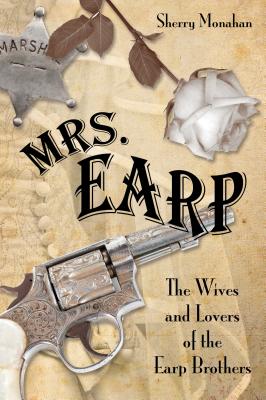 When most people hear the name Earp, they think of Wyatt, Virgil, Morgan, and sometimes the lesser known James and Warren. They also had a half-brother named Newton, who lived a fairly quiet, uneventful life. While it's true these men made history on their own, they all had a Mrs. Earp behind them--some more than one. The Earp men, starting with the patriarch of the Earp clan, Nicholas Porter Earp, did not like being alone. Nicholas Earp was married three times, with his last marriage being at the age of 80 his bride being 53. Three of his sons would follow their father's lead and marry more than once. It's also possible these Earp brothers had additional brides or lovers that have yet to be discovered One could argue some of these women helped shape the future of the Earp brothers and may have even been the fuel behind some of the fires they encountered. This book collectively traces the lives of the women who shared the title of Mrs. Earp either by name or relationship. The name Earp has stirred up many a historical controversy over the years, from false photos to false accounts and so much more. With any history, there is bound to be controversy simply because it can be a jigsaw puzzle.

Sherry Monahan is the Vice President of Western Writers of America, and holds memberships in Women Writing the West, the Author's Guild, the Wild West History Association, National Genealogical Society, Association of Professional Genealogists, and the National Women's History Museum. She has her own column (Frontier Fare) in and is a contributing editor for True West magazine. Other publications include the Tombstone Times, Tombstone Tumbleweed, Tombstone Epitaph, Arizona Highways, and other freelance works. She was a contributor to The Best of the Best of Arizona and Encyclopedia of Prostitution and Sex Work.
or
Not Currently Available for Direct Purchase
Copyright © 2020 American Booksellers Association