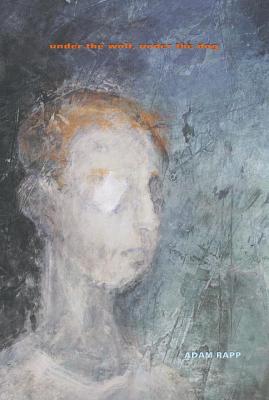 Under the Wolf, Under the Dog

Alternately heartbreaking and starkly humorous, this teenager's brutal story of escape and desire for redemption is masterfully told by award-winning writer and film director Adam Rapp.
I'm what they call a Gray Grouper. The Red Groupers are the junkies and the Blue Groupers are the suicide kids.
Steve Nugent is in a facility called Burnstone Grove. It's a place for kids who are addicts, like Shannon Lynch, who can stick $1.87 in change up his nose, or for kids who have tried to commit suicide, like Silent Starla, whom Steve is getting a crush on. But Steve doesn't really fit in either group. He used to go to a gifted school. So why is he being held at Burnstone Grove? Keeping a journal, in which he recalls his confused and violent past, Steve is left to figure out who he is by examining who he was.

Adam Rapp is the acclaimed author of five previous novels for young adults, including, most recently, 33 SNOWFISH, which was named a Best Book for Young Adults (Top Ten Pick) by the American Library Association. In addition he is an accomplished playwright whose plays have been produced by the New York Theatre Workshop, the Bush Theatre in London, and the American Repertory Theater in Cambridge, Massachusetts. Adam Rapp is also the author and director of WINTER PASSING, a movie starring Ed Harris and Will Farrell.
Loading...
or
Not Currently Available for Direct Purchase