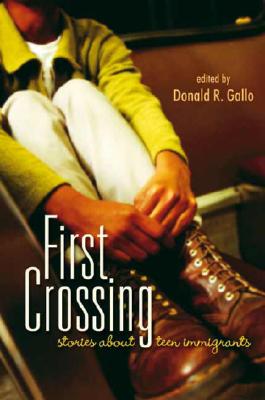 Ten unforgettable short stories — written by award-winning authors for young adults — reflect the stunning diversity of experience among teenagers from many countries who make the United States their new home.

It's hard enough to be a teenager, trying to fit in, trying to get along with your parents, trying to figure out how the world works. Being from a different culture makes everything that much harder.

Fleeing from political violence in Venezuela, Amina and her family have settled in the United States. Sarah, adopted, is desperate to know her Korean birth parents. Maya is adapting just fine to life in the U.S. and wishes her strict Kazakh parents would follow suit. Adrian's new friends have some spooky — and hilarious — misconceptions about his Romanian origins. Whether they've transitioned from Mexico to the United States or from Palestine to New Mexico, the characters in this anthology have all ventured far and have faced innumerable challenges. Like the hundreds of immigrants who arrive on U.S. soil every year, each courageous teenager in FIRST CROSSING is unique.