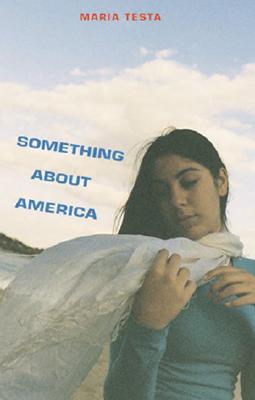 Immigration in contemporary America is explored in a powerful lyric novel from award-winning poet Maria Testa.

What happens to a dream divided?

Draping colorful scarves around her neck, the thirteen-year-old from Kosova thinks of herself as a typical American schoolgirl, happy to blend into eighth grade with her friends. But for her parents, seeking a new life in Maine was not a choice but a necessity — a way to escape from a war and find medical care for a daughter burned in a fire that scarred her up to her chin. While her underemployed parents still talk about "home" and continue to feel like foreigners ten years later, their daughter is torn between the guilt about their displacement and pride in her new identity. Then a hateful event changes everything, stirring passions throughout the entire region and forcing residents old and new to re-examine what it means to be an American.

Narrated by the young daughter from Kosova, the nuanced and deeply moving immigration tale was inspired by true events: In October 2002, the mayor of Lewiston, Maine wrote a letter to the elders of the local Somali community, asking them to turn future refugees away because the town was "maxed-out physically, financially, and emotionally." Seizing the opportunity, a racist group staged a rally that drew thirty people, only to be met by some six thousand residents in support of the Somalis — people of all cultures and backgrounds who knew something about America.