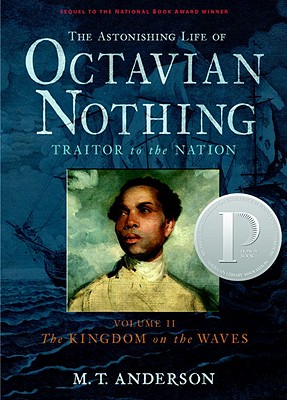 The Astonishing Life of Octavian Nothing, Traitor to the Nation, Volume II

One of the best-written - and most challenging - young adult books I've ever read.
—The Millions blog

M. T. Anderson is the author of several novels for young adults, including the much-lauded THE ASTONISHING LIFE OF OCTAVIAN NOTHING, TRAITOR TO THE NATION, VOLUME I: THE POX PARTY, winner of the National Book Award, and FEED, which won the LOS ANGELES TIMES Book Prize and was a finalist for the National Book Award. M. T. Anderson lives in Cambridge, Massachusetts.
Loading...
or
Not Currently Available for Direct Purchase