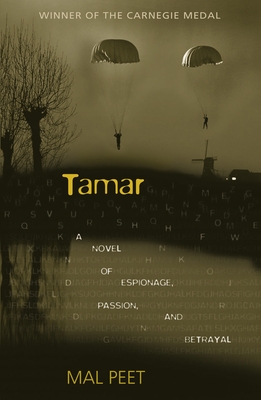 From acclaimed British sensation Mal Peet comes a masterful story of adventure, love, secrets, and betrayal in time of war, both past and present.

When her grandfather dies, Tamar inherits a box containing a series of clues and coded messages. Out of the past, another Tamar emerges, a man involved in the terrifying world of resistance fighters in Nazi-occupied Holland half a century before. His story is one of passionate love, jealousy, and tragedy set against the daily fear and casual horror of the Second World War — and unraveling it is about to transform Tamar’s life forever.

Mal Peet (1947–2015) is the acclaimed author of the Carnegie Medal–winning novel Tamar as well as the Boston Globe–Horn Book Honor Book Life: An Exploded Diagram and three Paul Faustino novels: Keeper, The Penalty, and Exposure, a winner of the Guardian Children’s Fiction Prize. He is also the co-author of Cloud Tea Monkeys, Mysterious Traveler, and Night Sky Dragons, all of which he wrote with his wife, Elspeth Graham.
Loading...
or
Not Currently Available for Direct Purchase