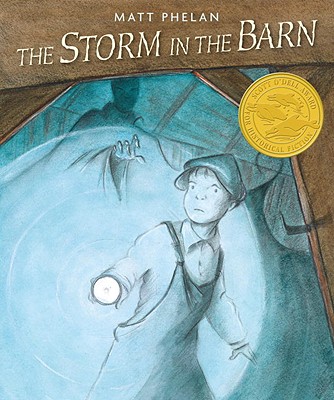 The Storm in the Barn

Tall tale. Thriller. Gripping historical fiction. This artful, sparely told graphic novel — a tale of a boy in Dust Bowl America — will resonate with young readers today. (Age 10 and up)

Matt Phelan is the illustrator of many books for young readers, including ALWAYS by Ann Stott and THE HIGHER POWER OF LUCKY by Susan Patron, winner of the 2007 Newbery Medal. THE STORM IN THE BARN is his first graphic novel. He lives in Philadelphia.