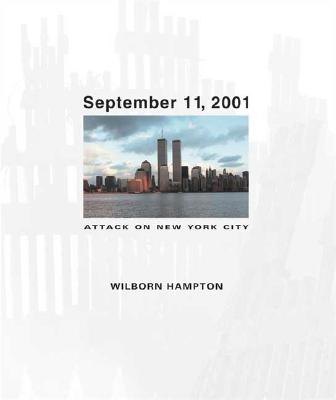 A blind man and his dog struggling to escape from the burning North Tower, a company of firefi ghters risking their lives, an ordinary citizen turned rescue worker — each person endured a personal nightmare, and each carries a separate memory. Through interviews and accounts of survivors, heroes, and terrorists, as well as his own story, seasoned reporter Wilborn Hampton creates an intimate portrait of life and loss, and offers a deeper understanding of that tragic day.
Back matter includes a bibliography, a filmography, and an index.

Wilborn Hampton was born in Dallas, Texas, in 1940, and was a reporter for U.P.I. from 1963 to 1979. Since 1979, Wilborn Hampton has worked at the NEW YORK TIMES as an editor and as a theater and book critic. On the morning of September 11, 2001, he was preparing to go to work when two hijacked planes flew into the World Trade Center in New York City. Wilborn Hampton undertook to write the story of that awful day because he felt that "no single event since the attack on Pearl Harbor has so traumatized and galvanized the American people as the attacks on September 11. It seemed important, especially for younger readers who may have questions in years to come about what happened, to try to put on paper an account of what took place in New York City that day. And the only way to begin to understand the horror of what occurred on September 11 was to recount it through the eyes of those who eperienced it firsthand."
Loading...
or
Not Currently Available for Direct Purchase