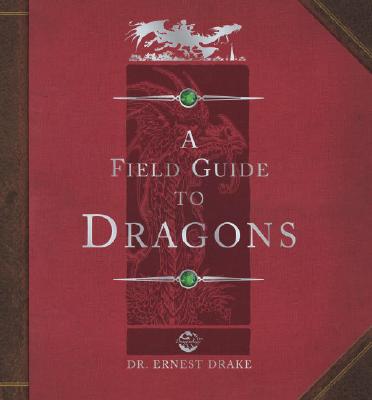 Twelve intriguing mini models in the most deluxe field guide yet — an irresistible hands-on resource for devoted dragonologists!

Even skilled dragonologists need special preparation to study in the field. What if an unfamiliar species should approach? Now an impressive guide highlights nineteen different dragon species, many seen here for the first time. Focused on species from the obscure tree-climbing monkey dragon to the better-known wyvern and amphithere, each entry details size, shape, coloration, habitat, the appearance of eggs and young, and (most important) form of attack. To help readers recognize dragons in the wild, mini models of twelve of the species await assembly, each tucked in its own pocket and complete with its own stand.

Dugald A. Steer, Editor: "With what trepidation I sat down to give my editorial attentions to what was clearly the masterwork of a very erudite man, should be obvious to all who read this book." So begins a letter, written in 1894, from Dugald Steer to an Oxford friend. The letter goes on to explain how a chance meeting with Dr. Ernest Drake at the BULL'S HEAD TAVERN in Dorking, Surrey, made him more than a little curious. Skeptical at first, he took up Dr. Drake's offer to meet him at his house and St. Leonard's Forest, and to attend one of the S.A.S.D. meetings in London. There, he became further involved in Dr. Drake's work, joining him on an expedition to Scotland to try and estimate the hunting range of the Dornoch Wyrm. As he writes, the trip was, "a cause of some emotion, as many of my relative, particularly the Ross branch, come from so near."

Douglas Carrel, Chief Draughtsman: A native of Scotland, Douglas Carrel was clearly a dragonologist of some standing, and often accompanied Dr. Drake on some of his more fruitful expeditions. In a letter from Constantinople to the editor he says, "It is with considerable sense of honour, and no small amount of pride, that I lend my hand to the compiling of this most worthy volume . . . Ultimately, I feel that all of us—within this privileged circle in particular—are duty-bound to preserve and perpetuate the love and lore of dragons."

Helen Ward, Scientific Artist: Helen Ward trained as an illustrator at Brighton School of Art, although it is not known exactly when she came into contact with Dr. Drake. However a quote from her autobiography makes some things clear: "As a child I dreamed of dragons. When age allowed, I traveled. Unfortunately, several expeditions to Europe and one to that part of Russia known as Finland specifically to capture the likeness of a live dragon have ended in failure. The creatures seemed deliberately elusive . . .. With the help of descriptions, notes, and detailed drawings made by others I have managed to illustrate these majestic creatures to the satisfaction of those more fortunate and better-informed dragonologists."

Wayne Anderson, Pictorial Artist: Interested in cryptozoology from an early age, Wayne Anderson first came into contact with S.A.S.D. at one of their meetings in Wyvern Way in London. It was after a couple of trips with Drake—to the Alps in 1878 and to Scotland in 1880—that Wayne realized his early dragon drawings were, in fact, more life-like than he could have realised. Like most of the other collaborators on DRAGONOLOGY, he has contributed to many other books for children. He enjoyed a fruitful collaboration with Helen Ward that resulted in books such as THE TIN FOREST and THE DRAGON MACHIINE.

Nghiem Ta, Artistic Direction: Dr. Drake met Nghiem Ta in the Fukien (now Fujian) Province of China where she was working in her grandfather's bookshop. Their shared interest in dragons became evident when he showed her a copy of the fabled DRAGON SUTRA of Hong Wei, which the monks of that monastery made for him as a gift. He asked Miss Ta if such a revered object could be bound into a book and was so impressed with her work that he later invited her to London to oversee the creation of DRAGONOLOGY.
Loading...
or
Not Currently Available for Direct Purchase