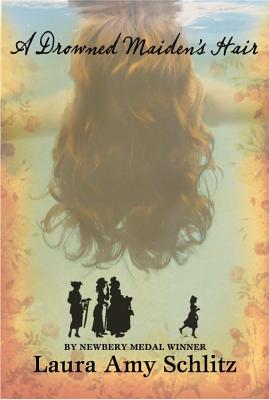 "People throw the word 'classic' about a lot, but A DROWNED MAIDEN'S HAIR genuinely deserves to become one." -- WALL STREET JOURNAL Maud Flynn is known at the orphanage for her impertinence. So when the charming Miss Hawthorne chooses her to take home, the girl is pleased but baffled, until it becomes clear that she's needed to help stage elaborate seances for bereaved patrons. As Maud is drawn deeper into the deception, playing her role as a "secret child," she is torn between her need to please and her growing conscience - until a shocking betrayal shows just how heartless her so-called guardians are. Filled with fascinating details of turn-of-the-century spiritualism and page-turning suspense, this lively novel features a feisty heroine whom readers will not soon forget.

Laura Amy Schlitz, the author of the Newbery Medal winner, GOOD MASTERS! SWEET LADIES!: VOICES FROM A MEDIEVAL VILLAGE, has spent most of her life working as a librarian and professional storyteller. She has also written plays for young people that have been performed in professional theaters all over the country. She lives in Baltimore, Maryland.
Loading...
or
Not Currently Available for Direct Purchase