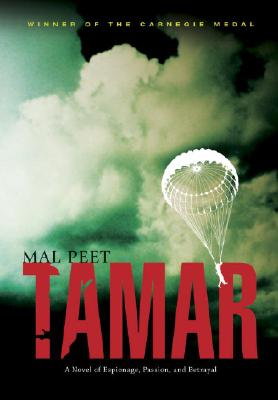 "This beautifully structured and highly suspenseful story of the Dutch Resistance is positively Hitchcockian in its examination of the darker reaches of the human heart." – Booklist

When her grandfather dies, Tamar inherits a box containing a series of clues and coded messages. Out of the past, another Tamar emerges, a man involved in the terrifying world of resistance fighters in Nazi-occupied Holland half a century before. His story is one of passionate love, jealousy, and tragedy set against the daily fear and casual horror of the Second World War – and unraveling it is about to transform Tamar’s life forever.

Mal Peet's first novel for young adults, KEEPER, won the prestigious Branford Boase Award and was selected by the American Library Association as a Best Book for Young Adults. He lives in Devon, England.
or
Not Currently Available for Direct Purchase