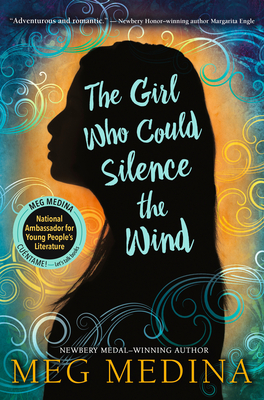 Sonia’s entire village believes she has a gift, but it’s only in leaving home that she finds out who she truly is. A compelling tale from a rich voice in young adult fiction.

Sixteen-year-old Sonia Ocampo was born on the night of the worst storm Tres Montes had ever seen. And when the winds mercifully stopped, an unshakable belief in the girl’s protective powers began. All her life, Sonia has been asked to pray for sick mothers or missing sons, as worried parents and friends press silver milagros in her hands. Sonia knows she has no special powers, but how can she disappoint those who look to her for solace? Still, her conscience is heavy, so when she gets a chance to travel to the city and work in the home of a wealthy woman, she seizes it. At first, Sonia feels freedom in being treated like all the other girls. But when news arrives that her beloved brother has disappeared while looking for work, she learns to her sorrow that she can never truly leave the past or her family behind. With deeply realized characters, a keen sense of place, a hint of magical realism, and a flush of young romance, Meg Medina tells the tale of a strongwilled, warmhearted girl who dares to face life’s harsh truths as she finds her real power.

Meg Medina is the author of the Newbery Medal–winning book Merci Suárez Changes Gears, which was also a 2018 Kirkus Prize finalist. Her young adult novels include Yaqui Delgado Wants to Kick Your Ass, which won the 2014 Pura Belpré Author Award; Burn Baby Burn, which was long-listed for the National Book Award; and The Girl Who Could Silence the Wind. She is also the author of picture books Mango, Abuela, and Me, illustrated by Angela Dominguez, which was a Pura Belpré Author Award Honor Book, and Tía Isa Wants a Car, illustrated by Claudio Muñoz, which won the Ezra Jack Keats New Writer Award. The daughter of Cuban immigrants, she grew up in Queens, New York, and now lives in Richmond, Virginia.
Loading...
or
Not Currently Available for Direct Purchase