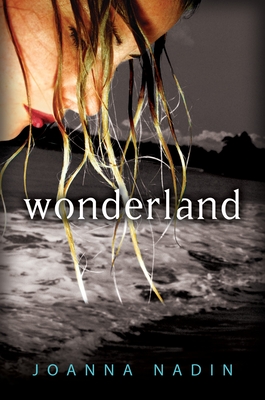 She’s back. Jude’s childhood friend — sexy, daring Stella — returns to their stifling hometown, and life will never be the same again.

Sixteen-year-old Jude has to get out of tiny Churchtown. She has to escape her outcast status and her pathetic dad, who hasn’t gotten past her mother’s death. The one bright light is drama, her way out, if only she can get into the Lab, a prestigious program in London. Then Stella, Jude’s childhood best friend, swaggers in after years away. With bold and magnetic Stella by her side, Jude knows she’s capable of anything. But Stella’s influence extends well beyond the theater. Soon Stella’s wild and dangerous streak begins to cause trouble for Jude — yet Jude can’t bring herself to abandon Stella and the attention she’s always craved. And besides, now that Stella’s back, there’s no stopping her. In Jude’s dark and tangled story, British author Joanna Nadin plumbs the aftermath of loss and the consequences of becoming the person you always wished you were.

Joanna Nadin is the author of numerous books for young readers. Wonderland marks her YA debut in the United States. She says, "I wanted to explore the idea of identity, and of wanting to be someone else, which is what I seemed to spend a large part of my teens, and some of my adulthood, doing." She lives in Bath, England.
Loading...
or
Not Currently Available for Direct Purchase