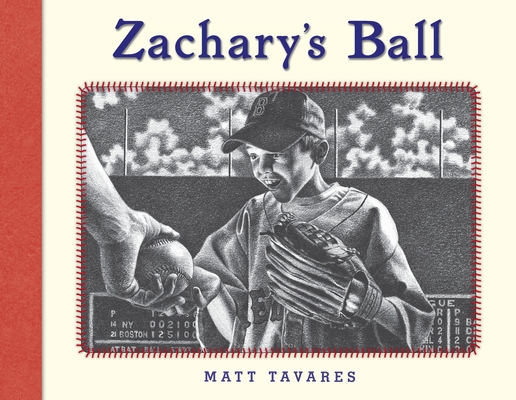 When Zachary’s father catches a foul ball at Fenway Park and gives it to him, something really amazing happens. Zachary finds himself on the pitcher’s mound, wearing a Red Sox uniform and playing against New York! As long as Zachary has the ball, all his baseball fantasies seem to come true. But can he hold on to its magic? Zachary’s Ball, Matt Tavares’s debut picture book, is a perfect story for celebrating the 100th birthday of the setting that inspired it: Boston’s Fenway Park, the oldest park still in use by a major-league club — and one of the country’s most beloved ballparks.

Matt Tavares is the author-illustrator of Zachary’s Ball, Oliver’s Game, Mudball, and Henry Aaron’s Dream, and the illustrator of Over the River and Through the Woods, ‘Twas the Night Before Christmas, The Gingerbread Pirates, and Lady Liberty. He lives in Ogunquit, Maine.
or
Buy Here
Copyright © 2020 American Booksellers Association