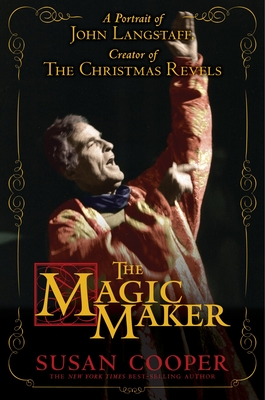 A Portrait of John Langstaff and His Revels

From mischievous child prodigy to the dynamic Lord of the Dance, an engaging look at the life of Revels founder John Langstaff.

On Christmas Eve in 1920, John Meredith Langstaff was born into a music-filled home where a rousing, wassailing carol party was the peak of his family’s year. Half a century later, his inspired Christmas Revels was born, a theatrical weaving of traditional song, folkdance, and drama that has become a beloved institution across the country. Now award-winning author Susan Cooper, a friend and writer for the Revels, traces its roots through the rhythms of Jack Langstaff’s life—from star choirboy (and notorious troublemaker) to his early career as a noted recital singer; from a daunting World W ar II injury to his work as recording artist, TV performer, teacher, and children’s author. Along the way, his passion for music, ritual, and community fused to spark the incomparable Revels, a participatory celebration that promises to draw children of all ages for generations to come.

Praise For The Magic Maker: A Portrait of John Langstaff and His Revels…

A vivid combination of biography and memoir.
—Booklist (starred review)

Susan Cooper is the author of the five-volume fantasy The Dark Is Rising (including the Newbery Medal winner The Grey King) as well as many other books for children and adults. A board member of the National Children’s Book and Literacy Alliance, she lives on a salt marsh island in Massachusetts.
Loading...
or
Not Currently Available for Direct Purchase