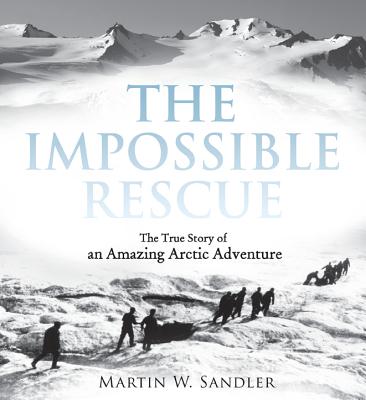 The True Story of an Amazing Arctic Adventure

The dead of an Arctic winter. Whaling ships full of men, stranded in ice. Follow three rescuers in a race against time — and all odds — in this heartpounding true adventure.

In 1897, whaling in the Arctic waters off Alaska’s coast was as dangerous as it was lucrative. And in that particular year, winter blasted early, bringing storms and ice packs that caught eight American whale ships and three hundred sailors off guard. Their ships locked in ice, with no means of escape, the whalers had limited provisions on board, and little hope of surviving until warmer temperatures arrived many months later. Here is the incredible story of three men sent by President McKinley to rescue them. The mission? A perilous trek over 1,500 miles of nearly impassable Alaskan terrain, in the bone-chilling months of winter, to secure two herds of reindeer (for food) and find a way to guide them to the whalers before they starve. With the help of photographs and journal entries by one of the rescuers, Martin W. Sandler takes us on every step of their riveting journey, facing raging blizzards, killing cold, injured sled dogs, and setbacks to test the strongest of wills.
Back matter includes an epilogue, further information, a time line, source notes, a bibliography, and an index.

Martin W. Sandler has written more than seventy books for children and adults and has written and produced seven television series. He has twice been nominated for the Pulitzer Prize and has won multiple Emmy Awards. He lives in Massachusetts.

Praise For The Impossible Rescue: The True Story of an Amazing Arctic Adventure…

Using extensive primary sources in the form of journals, reports, letters, and photographs, Sandler has pieced together a stirring and evocative retelling of this historical adventure. The writing draws readers into both the suspense of reaching the struggling whalers in time as well as the dire, life-threatening conditions that the rescuers themselves faced.
—School Library Journal (starred review)

A spirited adventure tale...thorough and deliberate.
—The Horn Book

Sandler perfectly presented the astonishing story of a journey against all odds into an amenable read.
—Library Media Connection

No true adventure fan should miss this one.
—Bulletin of the Center for Children's Books
or
Not Currently Available for Direct Purchase
Copyright © 2020 American Booksellers Association