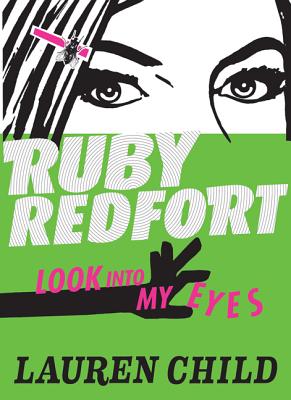 Hey, buster Crack open this new series starring Ruby Redfort -- Clarice Bean's favorite all-action heroine -- and you will literally be on the edge of your wits.
Everyone knows that Clarice Bean is exceptionordinarily keen on the Ruby Redfort books. Now in her own starring role, Ruby, a genius code-cracker and daring detective, along with her sidekick butler, Hitch, work for a secret crime-busting organization called Spectrum. Ruby gets into lots of scrapes with evil villains, but she's always ice-cool in a crisis. Just take a classic screwball comedy, add heaps of breathtaking action, and multiply it by Lauren Child's writing genius, and what have you got? Only the most exciting new middle-grade series since, like, ever.

Lauren Child burst onto the children's book scene in 1999 and has since published many best-selling and award-winning books, including the hugely popular Charlie and Lola and Clarice Bean series. She has won numerous awards, including the prestigious Kate Greenaway Medal. Her books have been made into an award-winning TV series and have sold in many languages with runaway success. Lauren Child lives in London.