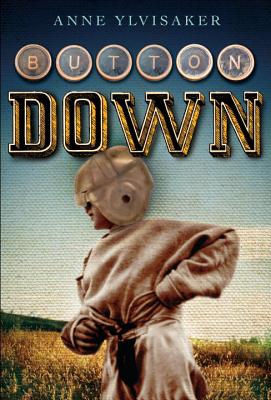 As football fever hits Goodhue, Iowa, Ned Button steps into the lineup in a funny adventure about a small-town family living in 1929.

Ever since local boy Lester Ward got drafted by the University of Iowa Hawkeyes, Tugs Button’s scrawny cousin Ned can think of nothing but football. Sure, Lester’s younger bully of a brother is determined to keep Ned and his gang from ever getting near a real pickup game. But Ned has a few things going for him: he can catch and sometimes even throw, much to his surprise. And he’s got his eccentric grandpa Ike, who may have less get-up-and-go these days, but no shortage of down-home wisdom to pass along-like that being a football star is less about being big and more about playing as a team and honing your strategy, and that having friends and family in your corner is a bigger prize than a lucky football will ever be. From the author of The Luck of the Buttons comes another story about a sometimes hapless, always winning family that scores big points for humor and heart.

Anne Ylvisaker is the author of The Luck of the Buttons as well as Dear Papa and Little Klein. Formerly of Iowa and Minnesota, Anne Ylvisaker now lives in California.

Praise For Button Down…

Short chapters, simple yet meticulous language, a wholesome feel and the universal story of a boy with a dream combine to give this one widespread appeal.
—Kirkus Reviews

Those who were happily immersed in the small-town comedy and drama in Ylvisaker’s Buttons debut will settle right back into the leisurely rhythm of Goodhue, Iowa.
—Bulletin of the Center for Children's Books

Ylvisaker has returned to the “down on their luck” Button family she introduced in The Luck of the Buttons (Candlewick, 2011) with the introduction of Ned. She uses the “good old days” charm and innocence as well as common sense and Granddaddy’s wisdom to confront the universal issue of bullying. At the same time, the author conveys the importance of a supportive family and loyal friends
—School Library Journal