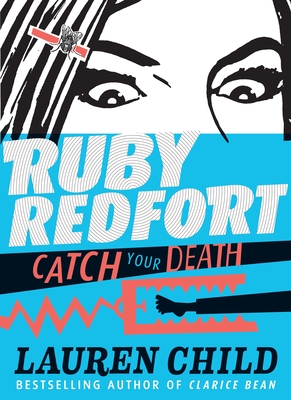 Wild animals roaming around Twinford? Ruby Redfort has heard the rumors, but she doesn’t quite believe them. She’s got enough on her mind doing wilderness survival training with the secret agency Spectrum, and her bad eyesight isn’t helping. But as high society buzzes with news of a very exclusive perfume formula coming to town, and some priceless jewelry goes missing, Ruby begins to sense a sinister plot in the works. Can our favorite action hero sniff out the clues in time to keep Twinford safe from evil scents? Well, let’s say this is one of those times when you gotta forget the rules and follow your nose to survive.

An entertaining escapade with an offbeat whiff.
—Kirkus Reviews

The female protagonist in this novel is lively and will easily appeal to readers of both genders.
—VOYA

Lauren Child is the best-selling author- illustrator of a series of picture books about Charlie and Lola (who also star in their own TV series) as well as the award-winning chapter-book series about the irrepressible Clarice Bean, where the character of Ruby Redfort was first introduced. Lauren Child has won numerous awards, including the prestigious Kate Greenaway Medal. She lives in London.
Loading...
or support indie stores by buying on