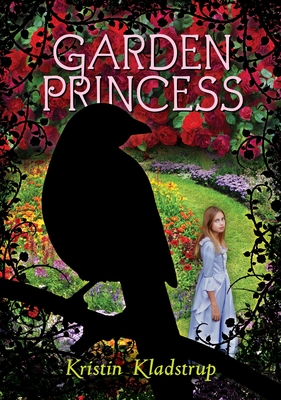 Dig in to this middle-grade fantasy featuring a horticulturally minded princess, a beautiful but evil witch, and a magpie with a shameful secret.

Princess Adela is not a typical princess. She’s neither particularly beautiful nor particularly graceful, and she’d rather spend her days digging new plots for her garden than listening to teatime gossip. But when her friend Garth is invited to a garden party hosted by Lady Hortensia — whose beauty is said to be rivaled only by the loveliness of her gardens — Adela can’t resist coming along, even if it means stuffing herself into a too-tight dress and donning impractical shoes. But the moment Adela sets eyes on Hortensia’s garden, she knows something is amiss. Every single flower is in bloom — in the middle of October! Not only that, there is a talking magpie flitting about the garden and stealing the guests’ jewels. Is it possible that Hortensia is a witch and the magpie an enchanted prince? And what of the flowers themselves? Will Adela get to the root of the mystery and nip trouble in the bud before it’s too late?

Kristin Kladstrup is the author of the middle-grade novel The Book of Story Beginnings as well as the picture book The Gingerbread Pirates, illustrated by Matt Tavares. She lives near Boston, Massachusetts.

Unvarnished storytelling, a solid back story and a strong cast of characters ground the tale...An original fairy tale that will suit young romantics to a T.
—Kirkus Reviews

What could have been just another fairy tale hints at a rich backstory and sweeps the reader into a bewitching adventure. The book is neatly paced, particularly in the latter half, when the chapters alternate between Edward and Adele. A solid choice for reluctant readers, this clever tale has an open ending that paves the way for a sequel.
—Booklist

Adela is a modern heroine masquerading as a fairy-tale princess. She rejects convention, takes charge of her own life, and prevails with both right and might over the forces of evil.
—VOYA

Middle-graders who have loved but outgrown Disney’s “Beauty and the Beast” but who aren’t quite ready for similarly themed YA fare may find this an appealing read-alike.
—Bulletin of the Center for Children's Books

Adela is a strong female character, and the plot propels readers forward through its intriguing and mysterious twists. Fairytale and mystery enthusiasts will surely want to add Kladstrup’s novel to their reading lists.
—Library Media Connection

A wonderful story full of magic, courage, and the power of change.
—Discovery Girls Magazine
or
Not Currently Available for Direct Purchase
Copyright © 2020 American Booksellers Association