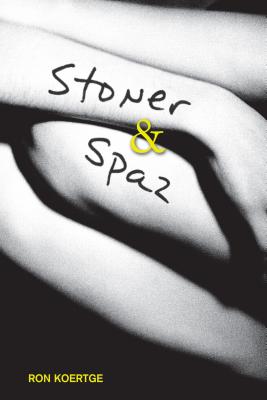 A funny, in-your-face novel starring an unlikely teenage pair - a sheltered cinemaphile with cerebral palsy and the tattooed, straight-talking stoner who steals his heart.

For sixteen-year-old Ben Bancroft - a kid with cerebral palsy, no parents, and an overprotective grandmother - the closest thing to happiness is hunkering alone in the back of the Rialto Theatre watching Bride of Frankenstein for the umpteenth time. Of course he waits for the lights to dim before making an entrance, so that his own lurching down the aisle doesn’t look like an ad for Monster Week. The last person he wants to run into is drugged-up Colleen Minou, resplendent in ripped tights, neon miniskirt, and an impressive array of tattoos. But when Colleen climbs into the seat beside him and rests a woozy head on his shoulder, Ben has that unmistakable feeling that his life is about to change.

With unsparing humor and a keen flair for dialogue, Ron Koertge captures the rare repartee between two lonely teenagers on opposite sides of the social divide. It’s the tale of a self-deprecating protagonist who learns that kindred spirits can be found for the looking - and that the incentive to follow your passion can be set into motion by something as simple as a human touch.

Ron Koertge is the author of several acclaimed novels, including THE BRIMSTONE JOURNALS. Of STONER & SPAZ, he says, "My wife works with the disabled. One night she came home and told me about a young man she'd been working with. He had C.P. and a terrific sense of humor. Coincidentally, that day I had talked to a former student of mine who'd recently been in rehab for substance abuse. What would happen, I wondered, if those two knew each other? Two months later—the first draft of STONER & SPAZ." Ron Koertge lives in South Pasadena, California.

"I like this book a lot, and I LOVE Ben. We need all the truth we can handle about kids like Ben and Colleen, and Ron Koertge’s writing feels deeply, sometimes painfully, true," - Terry Trueman, author of STUCK IN NEUTRAL, a Michael L. Printz Honor Book 2000
or
Not Currently Available for Direct Purchase
Copyright © 2020 American Booksellers Association