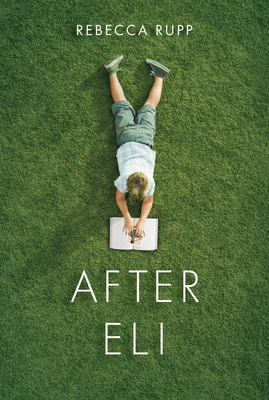 When Daniel’s brother Eli is killed at war, Daniel considers the history of unusual fatalities to determine what makes a death — or a life — matter.

Some people die heroically, others accidentally. When Daniel Anderson’s older brother dies, he wonders which category Eli’s death falls into. In an attempt to understand, Danny creates a Book of the Dead — an old binder that he fills with details about dead people, how they died, and, most important, for what purpose. Time passes, and eventually Daniel is prompted to look up from his notebook of death and questions to make new friends and be swept into their imaginings. With gentle humor and genuine emotion, Rebecca Rupp examines the questions that arise following a profound loss and the moments that start life rolling again.

Rebecca Rupp is the beloved author of more than a dozen books for young readers, among them The Dragon of Lonely Island, Sarah Simpson’s Rules for Living, and Octavia Boone’s Big Questions About Life, the Universe, and Everything. She and her family live in Swanton, Vermont.

Praise For After Eli…

Rupp skillfully weaves Daniel’s memories of larger-than-life Eli and his lingering anger about his death with Daniel’s day-to-day challenges, including his dysfunctional family; his frustrations with his popular but conventional friends; his attraction to Isabelle, a gorgeous and free-spirited newcomer to town; and his nascent friendship with school outcast Walter... The pain running through the narrative is tempered with hope, humor, and resilience, offering insight into the anguish of those left behind.
—Publishers Weekly (starred review)

Danny’s nostalgic first-person narration includes interestingly quirky information as well as sweet moments. Middle school readers will see the inevitable end of this first love long before Danny faces it, grieving his new loss but grateful for his healing. Far more than a summer romance, this is a tribute to those left behind.
—Kirkus Reviews (starred review)

The tone of this first-person narrative isn’t maudlin or morbid, it’s smart and searching, and the well structured story quietly builds to a moving climax and a worthy, satisfying conclusion.
—Booklist (starred review)

Rupp’s poignant bildungsroman is therapeutic, particularly for those readers who have experienced the unimaginable loss of a loved one.
—School Library Journal

Those who connect will find a profound yet unpretentious story and a resilient, relatable protagonist.
—The Horn Book

This is a hard-hitting book that fosters healthy and honest discussions about death, war, love, and moving forward even when it’s nearly impossible.
—Letter Blocks (Barnes & Noble blog)
or
Not Currently Available for Direct Purchase
Copyright © 2020 American Booksellers Association