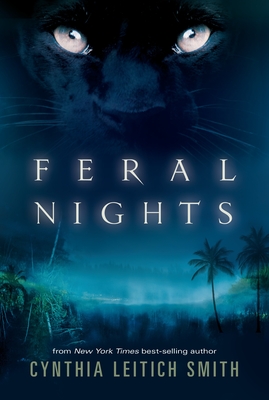 Fans of the Tantalize quartet will thrill to see werepossum Clyde and other favorite secondary characters — plus all-new ones — take to the fore in book one of this series.

When sexy, free-spirited werecat Yoshi tracks his sister, Ruby, to Austin, he discovers that she is not only MIA, but also the key suspect in a murder investigation. Meanwhile, werepossum Clyde and human Aimee have set out to do a little detective work of their own, sworn to avenge the brutal killing of werearmadillo pal Travis. When all three seekers are snared in an underground kidnapping ring, they end up on a remote island inhabited by an unusual (even by shifter standards) species and its cult of worshippers. Their hosts harbor a grim secret: staging high-profile safaris for wealthy patrons with evil pedigrees, which means that at least one newcomer to the island is about to be hunted. As both wereprey and werepredator fight to stay alive, it’s up to mild-mannered Clyde — a perennial sidekick — to summon the hero within. Can he surprise even himself?

Teens who favor humorous paranormal romance that never takes itself too seriously will enjoy dialogue that sparkles with wit, filled with both literary and pop-culture references.
—Kirkus

Smith takes readers back to the universe of the Tantalize quartet with this sexy, fast-paced new novel...[with] an ending that satisfies and should win her many new fans.
—Booklist

Smith’s fantasy smoothly switches between the three protagonists’ perspectives, while expertly blending the mythical and the modern. The story’s sharp banter and edgy plot make for an entertaining and clever story about loyalty and reconciling differences.
—Publishers Weekly

Fans of the Tantalize quartet will appreciate this companion novel featuring its supporting cast.... As before, Smith’s blend of supernatural suspense, campy humor, and romantic tension is addictive.
—The Horn Book

This fast-paced story, told from various points of view, captures the reader from the start. All three are well-developed, strong characters. This is a book that both genders will want to read.
—Library Media Connection

Cynthia Leitich Smith is the acclaimed and best-selling author of Tantalize, Eternal, Blessed, and Diabolical as well as the graphic novel Tantalize: Kieren’s Story, all set in the same fictional universe. She lives in Austin, Texas.
Loading...
or
Not Currently Available for Direct Purchase