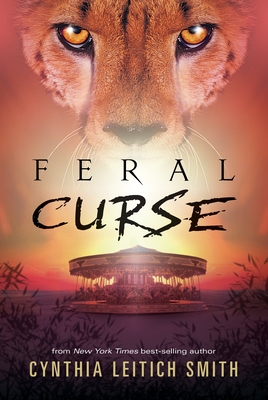 The adopted daughter of two respectable human parents, Kayla is a werecat in the closet. All she knows is the human world. When she comes out to her boyfriend, tragedy ensues, and her determination to know and embrace her heritage grows. Help appears in the lithe form of sexy male werecat Yoshi, backed up by Aimee and Clyde, as the four set out to solve the mystery of a possessed antique carousel while fielding miscast magic, obsessive strangers, and mounting species intolerance. Paranormal fans will go wild for this rousing second Feral adventure.

Cynthia Leitich Smith is the acclaimed and best-selling author of the first book in this series, Feral Nights, as well as the Tantalize quartet: Tantalize, Eternal, Blessed, and Diabolical, and the graphic novels Tantalize: Kieren’s Story and Eternal: Zachary’s Story, both illustrated by Ming Doyle. About Feral Curse, she says, "In small towns, everybody knows one another. That pushes secrets deeper and occasionally makes them more dangerous." She lives in Austin, Texas.
Loading...
or
Not Currently Available for Direct Purchase