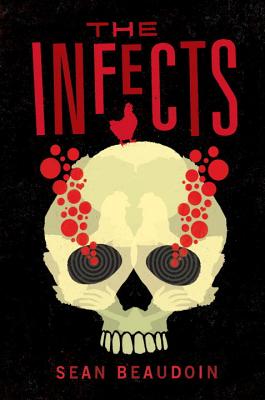 A feast for the brain, this gory and genuinely hilarious take on zombie culture simultaneously skewers, pays tribute to, and elevates the horror genre.

Seventeen-year-old Nero is stuck in the wilderness with a bunch of other juvenile delinquents on an "Inward Trek." As if that weren’t bad enough, his counselors have turned into flesh-eating maniacs overnight and are now chowing down on his fellow miscreants. As in any classic monster flick worth its salted popcorn, plentiful carnage sends survivors rabbiting into the woods while the mindless horde of "infects" shambles, moans, and drools behind. Of course, these kids have seen zombie movies. They generate "Zombie Rules" almost as quickly as cheeky remarks, but attitude alone can’t keep the biters back. Serving up a cast of irreverent, slightly twisted characters, an unexpected villain, and an ending you won’t see coming, here is a savvy tale that that’s a delight to read — whether you’re a rabid zombie fan or freshly bitten — and an incisive commentary on the evil that lurks within each of us.

Praise For The Infects…

It is the zombie novel only Beaudoin could write, an allusive horror novel that engages in philosophical, social, and humanist critique while providing plenty of laugh-out-loud moments.
—Bulletin of the Center for Children's Books (starred review)

Beaudoin’s blackly comedic tale takes zombie lore to new territory—not only with the outbreak’s unusual point of origin but also with its consideration of the next phase of human evolution. An utterly original voice, plenty of sly pop-culture references, and a twist ending make for a satisfying read.
—The Horn Book

This novel is full of dark, satiric humor and irreverent references to punk rock and horror movies. . . . The conclusion of the book is brave and unexpected, offering readers a twist in a bleakly memorable ending. Booktalk this smart skewering of the zombie genre to your older teen readers as a gloriously bloody, profane smash-up of Louis Sachar’s HOLES and the film ZOMBIELAND, and it will find an enthusiastic audience.
—VOYA

There is a certain “horror movie” aura that keeps readers wondering what is down in the basement or waiting to pop out from behind the door. The Infects may have an audience with cool-cat readers who like being one step ahead of the adults in the room
—School Library Journal

With sarcastic teens, hundreds of zombies, and an evil villain plotting to take over the world, fans of horror films will enjoy this fast and fun read, especially high school boys!
—Library Media Connection

Forget about twists and turns; it takes expectations and turns them upside down and sideways and I loved every moment of the weird, scary, funny, terrifying trip.
—A Chair, A Fireplace, & A Tea Cozy (SLJ blog)

Sean Beaudoin is the author of three cutting-edge young adult novels, including You Killed Wesley Payne. The Infects is his first novel with Candlewick Press. He lives in Seattle, Washington.