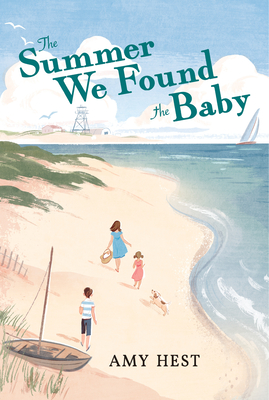 The Summer We Found the Baby

In short chapters that emphasize the youth of those involved—Ms. Hest uses capital letters rather than quotation marks to set off speech, making it seem as though the children are shouting—the testimonies of Bruno, Julie and Martha braid together to form a satisfying, bittersweet story of life on the home front.
—The Wall Street Journal

Amy Hest is the author of many beloved books for young readers, including Remembering Mrs. Rossi, Letters to Leo, and the Katie Roberts novels. She is also the author of many picture books, including Kiss Good Night, When Jesse Came Across the Sea, and the Baby Duck books. Her more recent titles include Buster and the Baby, On the Night of the Shooting Star and Are You Sure, Mother Bear? Amy Hest lives in New York City.
Loading...
or support indie stores by buying on