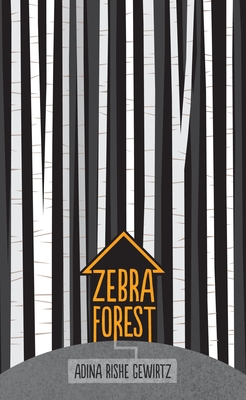 “Eleven-year-old Annie's plans for a quiet summer are upended when an escaped convict from the nearby penitentiary bursts into the home she shares with her grandmother and younger brother and takes them hostage as law enforcement agents scour the area for him. Part thriller, part psychological drama, this gripping debut novel examines the effects of secrets and lies on fragile family dynamics, as Annie questions everything she's always taken for granted about her unconventional upbringing.”
— Terri Schmitz, The Children's Book Shop, Brookline, MA
View the List

In an extraordinary debut novel, an escaped fugitive upends everything two siblings think they know about their family, their past, and themselves.

When eleven-year-old Annie first started lying to her social worker, she had been taught by an expert: Gran. “If you’re going to do something, make sure you do it with excellence,” Gran would say. That was when Gran was feeling talkative, and not brooding for days in her room — like she did after telling Annie and her little brother, Rew, the one thing they know about their father: that he was killed in a fight with an angry man who was sent away. Annie tells stories, too, as she and Rew laze under the birches and oaks of Zebra Forest — stories about their father the pirate, or pilot, or secret agent. But then something shocking happens to unravel all their stories: a rattling at the back door, an escapee from the prison holding them hostage in their own home, four lives that will never be the same. Driven by suspense and psychological intrigue, Zebra Forest deftly portrays an unfolding standoff of truth against family secrets — and offers an affecting look at two resourceful, imaginative kids as they react and adapt to the hand they’ve been dealt.

Adina Rishe Gewirtz has worked as a freelance journalist, a high-school tutor, and a business-writing consultant. The author of How to Say It: Business Writing That Works, Adina Gewirtz now coaches writers and spends most of her time focused on her first love, fiction writing. Zebra Forest is her first novel. She lives in Washington, D.C.

The tight narrative—laden with symbolism, such as a copy of Treasure Island missing half of its pages, a backdrop of the Iran hostage crisis, and the forest itself—is held together with the strength of the characters. This slight, tense debut novel will interest children looking for suspense or family drama.
—Booklist

[T]he absorbing voice and short chapters make this a taut, accessible read (and older readaloud), and kids will be engrossed by Annie’s dilemma.
—Bulletin of the Center for Children's Books

With well-crafted characters and an engaging plot that doesn’t plod, Zebra Forest nails the basics. It’s a family mystery that slowly unwinds, with doses of suspense and intensity. ... A skillfully crafted debut novel from an author to watch.
—100 Scope Notes (SLJ Blog)