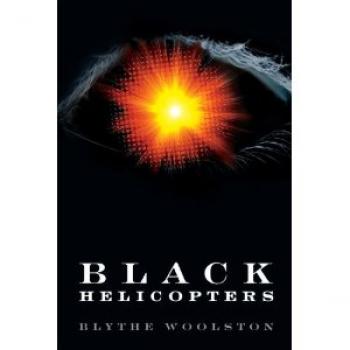 A teenage girl. A survivalist childhood. And now a bomb strapped to her chest. See the world through her eyes in this harrowing and deeply affecting literary thriller.
"I m Valkyrie White. I m fifteen. Your government killed my family."
Ever since Mabby died while picking beans in their garden with the pock-a-pock of a helicopter overhead four-year-old Valley knows what her job is: hide in the underground den with her brother, Bo, while Da is working, because Those People will kill them like coyotes. But now, with Da unexpectedly gone and no home to return to, a teenage Valley (now Valkyrie) and her big brother must bring their message to the outside world a not-so-smart place where little boys wear their names on their backpacks and young men don t pat down strangers before offering a lift. Blythe Woolston infuses her white-knuckle narrative, set in a day-after-tomorrow Montana, with a dark, trenchant humor and a keen psychological eye. Alternating past-present vignettes in prose as tightly wound as the springs of a clock and as masterfully plotted as a game of chess, she ratchets up the pacing right to the final, explosive end.

This brief but razor-sharp novel from Woolston (Catch & Release) is as unpredictable as the bomb strapped to the chest of the girl at its center, 15-year-old Valkyrie White...The ambiguities and of-the-moment realism of Woolston’s story muddy the lines between right and wrong, while giving provocative insight into the mindset of those who see modern government as an unnecessary evil.
—Publishers Weekly (starred review)

A chilling exploration of the life, motivations and strategies of a young American suicide bomber...Harrowing and unforgettable.
—Kirkus Reviews (starred review)

This novel wrapped its icy hand around my heart and dragged me in. Admirably restrained, peculiarly fluent, and scary as hell, I read BLACK HELICOPTERS straight through and immediately told everybody I knew about it.
—Ron Koertge, author of Lies, Knives, and Girls in Red Dresses

The tension doesn't let up for a minute in this startling, terrifying story. It pulls you along like a rampaging river, then sucks you under.
—Ellen Wittlinger, author of Hard Love, a Michael L. Printz Honor Book

Blythe Woolston is a master of the unexpected. In BLACK HELICOPTERS, Woolston has given us part gripping literary mystery and part heart-racing psychological thriller. Suspenseful, dark and touching this is another winner from Woolston.
—A.S. King, author of Everybody Sees the Ants and Please Ignore Vera Dietz, a Michael L. Printz Honor Book