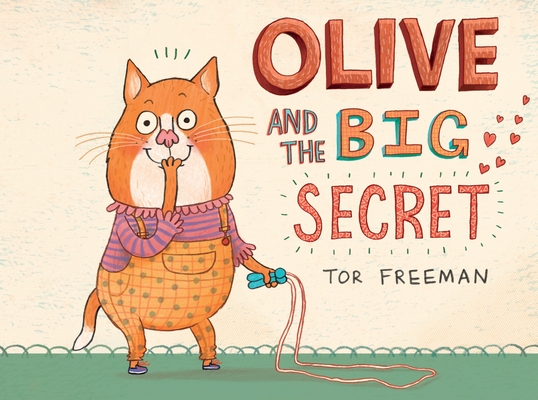 Olive and the Big Secret (Hardcover)

Olive learns the hard way that keeping secrets is tough, and telling them can make for a whole lot of trouble!

When Molly shares a secret with Olive, the urge to tell is just too great! Olive tells Joe who tells Matt who tells Lola. But Lola is best friends with Molly. Uh-oh, the secret is out, and Olive is in for it!

Tor Freeman has been writing and illustrating books for children for more than ten years. She lives in West London.

Praise For Olive and the Big Secret…

Young children will be riveted by this masterfully paced, puppy-love drama, played out with an array of quirky animals in contemporary comic style. The measure of individuality is each character’s ability to keep a secret. There is the gossipmonger, the one who does not care, the one who tries to keep a secret, and the one who doesn’t... A delightful, surefire conversation starter on the do’s and don’ts of secrets among friends.
—School Library Journal (starred review)

Freeman’s brisk storytelling and comically expressive cast of anthropomorphic animals make an all-too-familiar situation feel fresh...The stagelike composition and the characters’ penchant for theatrical gestures keep the mood as light as a French farce while still conveying sympathy for Molly—and empathy for the tough task of being a secret keeper.
—Publishers Weekly (starred review)