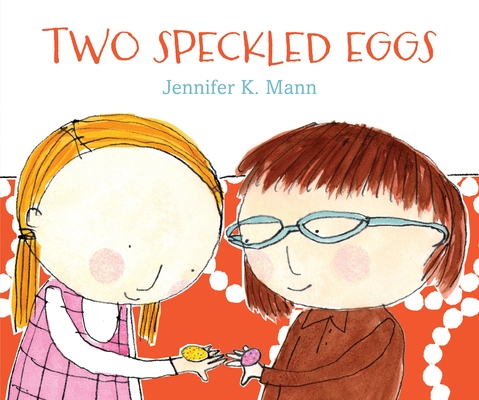 A birthday party sets the scene in this sweet and relatable story for anyone who’s ever been the odd girl out.

It’s Ginger’s birthday, and she has to invite all the girls in her class to her party, including Lyla Browning. Lyla isn’t like the other girls: she smells like old leaves, doesn’t talk much, and once brought a tarantula to school for show-and-tell. On the day of the party, Lyla is much earlier than everyone else. But even after the others arrive, Ginger’s party doesn’t go quite the way she’d hoped: some of the girls change the rules to the games, and no one likes her silver and gold birthday cake — except Lyla. By the time Lyla gives Ginger her present — a tiny homemade nest with two delicious malted-milk eggs — Ginger begins to wonder: is being different really such a bad thing?

In a nod to geek pride, illustrator Mann, in her debut as an author, doesn’t portray Lyla as a needy, sad wallflower—instead, Lyla is entirely self-assured and independent (though she’s also open to making a new friend in Ginger). Mann understands well how peers can disappoint and parties can go wrong, and her scraggly-lined drawings, filled in with washes of soft color and set against white backgrounds, give a strong sense of Ginger’s emotional vulnerability and the unanticipated possibilities offered by Lyla’s friendship.
—Publishers Weekly

Mann’s pencil, gouache and digital collage illustrations keep the focus on the girls, their bright clothes and accessories standing out against the white background. ... Readers may not look at their classmates the same again.
—Kirkus Reviews

The illustrations, pencil and gouache with a few digital elements and collage-type layering, has a wide airiness, with even the full-bleed scenes gleaming with white space, and spare dot-and-squiggle features turning big balloon kid heads into faces. Lyla gently stands out from the springily colored crowd in her more saturated brown outfit and glasses, underscoring the text’s championing of individuality. ... Young Gingers may benefit from a reminder that when it comes to inclusion, moms know what they’re talking about.
—Bulletin of the Center for Children's Books

This is a kindhearted story about unexpected friendships and a celebration of being unique. Through the use of digital collage, pastel colors, and rounded images, Mann’s characters and scenes pop and invite the reader to the birthday party.
—Library Media Connection

'Two Speckled Eggs' gives us the flavor of childhood as we actually live it — that high-tension mix of sweet and the sour, terrific and the terrible. Author-illustrator Jennifer K. Mann conveys all this almost telegraphically in the sparest language, the most off-hand images. ... 'Two Speckled Eggs' is not so much old-fashioned as it is ageless and timeless. ... Mann has made her debut as a writer-and-artist with a genuine picture book classic.
—The Boston Globe

Mann's bright illustrations of cheerful, round-headed girls capture the mayhem of parties and the joy of a new friendship.
—The Seattle Times

Jennifer K. Mann was an architect before turning to children’s books full time. Two Speckled Eggs is the first book that she has written and illustrated. She lives on an island near Seattle with her husband, children, cats, dogs, and chickens.
Loading...
or
Not Currently Available for Direct Purchase