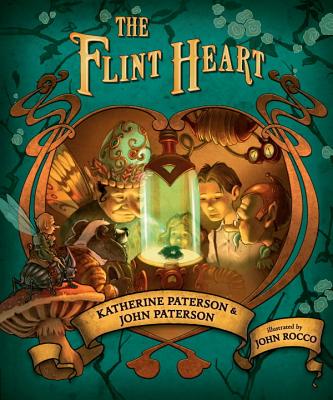 "A magical adventure. . . . Should win the hearts of a new generation." — Kirkus Reviews (starred review)

When a Stone Age man demands a talisman that will harden his heart and give him ultimate power, the tribe’s magic man reluctantly creates the Flint Heart. Thousands of years later, the sinister talisman reemerges, corrupting a kindly farmer, an innocent fairy creature, and a familial badger. Can Charles and his sister Unity, who have consulted with fairies such as the Zagabog, the wisest creature in the universe, find a way to rescue humans, fairies, and animals alike from the Flint Heart’s dark influence? Filled with wry humor, this fairy tale is the sort for an entire family to savor together or an adventurous young reader to devour.