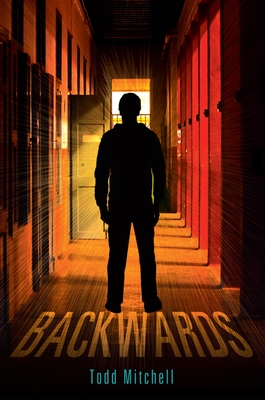 An edge-of-your-seat thriller asks: Is it possible to fix a tragic future by changing the past — while experiencing life backwards?

At the moment Dan’s life ends, the Rider’s begins. Unwillingly tied to Dan, who seems to be shuffling through life, the Rider finds himself moving backwards in time, each day revealing more of the series of events that led to Dan’s suicide. As the Rider struggles to figure out what he’s meant to do, he revels in the life Dan ignores. Beyond the simple pleasures of a hot shower and the sun on his face, the Rider also notices the people around Dan: his little sister, always disappointed by her big brother’s rejection, and his overwhelmed mom, who can never rely on Dan for help. Most of all, the Rider notices Cat with her purple hair, artistic talent, and misfit beauty. But Cat doesn’t want anything to do with Dan, paying attention instead to popular football player Finn. As the days move in reverse and Halloween looms, Cat becomes the center of the Rider’s world — until the Rider finds out the shocking reason why Cat is so angry with Dan. Can the Rider make things right before it’s too late?

[A] thoughtful read and a provocative title for discussion.
—Bulletin of the Center for Children's Books

References and parallels to Alice in Wonderland are numerous and apt as the themes of self-perception, identity, and recognizing the consequences of action and inaction emerge. ... The action and emotion accelerate toward the end of the book... and the conclusion is at once thought-provoking and satisfying. Readers who stick with the Rider will be rewarded.
—School Library Journal

Troubled-teen tropes grow like weeds in young adult literature... [I]t can all get repetive, and predictable, and it's not often a writer in the genre finds a new take. Colorado author Todd Mitchell found one in his new book... By peeling back rather than building up the intricate, decreasingly-opaque layers of Dan's anguish, what's revealed is the complicated, wounded, beautiful core buried so desperately deep inside him. Inside all of us.
—The Denver Post

Todd Mitchell is the author of The Secret to Lying, as well as other novels for young people. He lives in Fort Collins, Colorado.
Loading...
or
Not Currently Available for Direct Purchase