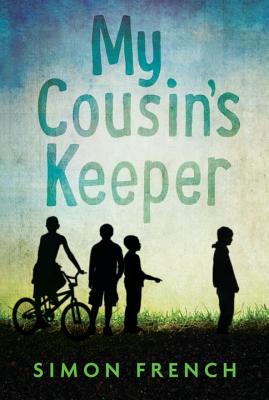 When the odd new kid at school turns out to be his cousin, Kieran feels embarrassed and resentful. But how far will he let the bullying go?

Eleven-year-old Kieran wants to be part of the “in” group at school. He wants to be on the soccer team. He wants to fit in. But then his weird cousin Bon turns up, both at school and at home. Bon knows nothing about fitting in, with his long blond braid, babyish hand-knit hat, and funny, precise voice. Bon doesn’t play sports, and he likes to draw imaginary maps with stories about “Bon the Crusader” and “Kieran the Brave.” He’s an easy target for teasing, and Kieran has little patience for him. Even more irritating, Bon’s only friend is the other new kid, a cool girl named Julia who wears cowboy boots and has a confidence that fascinates Kieran. What could she and Bon possibly have in common? With unflinching honesty, My Cousin’s Keeper takes on childhood jealousy, family secrets, and unexpected kindness.

Praise For My Cousin's Keeper…

French avoids moralizing as Kieran struggles over what kind of person he wants to be, portraying both boys with equal sensitivity and giving Kieran understandable motivations. A minor mystery involving Julia’s family situation is resolved nicely. This contemporary Australian import deals with peer pressure in a straightforward and sincere way, making it a good choice for middle-grade discussion.
—Booklist Online

This Australian import, set in a dying small town where soccer is king, stands out for its forthright depiction of dysfunctional families and its effective juxtaposition of them with a functional one. A thought-provoking tale of family struggles, schoolyard bullies, masculinity, reaching out and intolerance, jealousy and friendship just right for middle-grade book discussions.
—Kirkus Reviews

French adeptly avoids being preachy when it comes to the topics of bullying and peer pressure. He paints a sympathetic portrait of both boys and lets readers draw their own conclusions. The mystery of Julia and her own familial troubles adds a level of intrigue, and ... this is a solid choice for middle-grade readers.
—School Library Journal

[Kieran's] efforts to distance himself from his cousin while winning favor with another newcomer, the mysterious and confident Julia, are believably depicted, as are Kieran’s parents’ attempts to cope with the difficult relationship between the boys. The story takes on a quiet emotional power as the boys slowly forge a connection...
—Publishers Weekly

[A]s the protagonists grow into Bon’s roles for them, French’s novel becomes a story of kids who dare to imagine worlds and become who they need to be. ... [T]his humane and moving story of three children lost and found—a girl who leaves, a boy who remains, and another who finds the better part of himself—will win the hearts of readers.
—The Horn Book

This would be a good book to use for a class discussion on important topics like bullying and family dynamics.
—Library Media Connection

Australian author French gives Kieran’s narration vivid authenticity, making him understandable in his youthful complacency and desperate self-centeredness despite his unsympathetic behavior toward Bon. The book is particularly sharp in identifying the uneasiness kids (and adults) can feel in encountering somebody whose life hints at messiness and dysfunction that they’d rather not contemplate.
—Bulletin of the Center for Children's Books

Simon French published his first novel while he was still in high school. He has since written several novels and picture books that have won a number of awards. An elementary-school teacher, Simon French lives in Australia.
Loading...
or
Not Currently Available for Direct Purchase