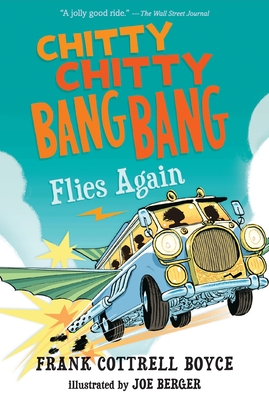 Buckle your seatbelt for the first-ever follow-up to Ian Fleming’s only children’s story! Fueled by wry humor, this much-anticipated sequel to the children’s classic — featuring a contemporary family and a camper van with a mind of her own — is driven by best-selling, award-winning author Frank Cottrell Boyce and revved up by Joe Berger’s captivating black-and-white illustrations.