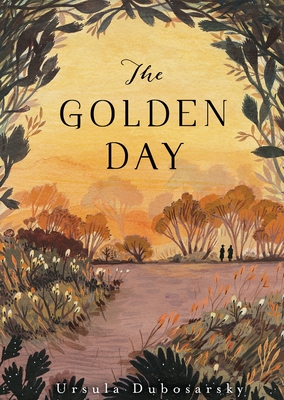 When their teacher goes missing during an outing, eleven girls grapple with the aftermath in this haunting, exquisitely told psychological mystery.

The Vietnam War rages overseas, but back at home, in a year that begins with the hanging of one man and ends with the drowning of another, eleven schoolgirls embrace their own chilling history when their teacher abruptly goes missing on a field trip. Who was the mysterious poet they had met in the Garden? What actually happened in the seaside cave that day? And most important — who can they tell about it? In beautifully shimmering prose, Ursula Dubosarsky reveals how a single shared experience can alter the course of young lives forever. Part gripping thriller, part ethereal tale of innocence lost, The Golden Day is a poignant study of fear and friendship, and of what it takes to come of age with courage.

Praise For The Golden Day…

Ursula Dubosarsky is an award-winning author of numerous books for children and young adults. About The Golden Day, her first book with Candlewick Press, she says, "The little girls watch, wonder, respond, change, and grow — and then their childhood is gone, forever. This element of the story, I suppose, is at least partly autobiographical. But, as I say — all of our teachers come home safe and sound in the end." Ursula Dubosarsky lives in Australia.
Loading...
or
Not Currently Available for Direct Purchase