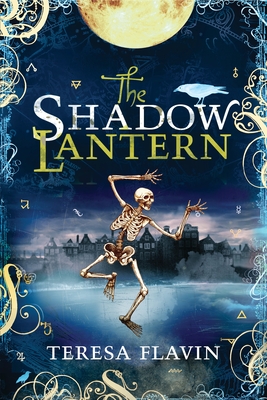 Sunni and Blaise face their most dangerous challenge yet in their third and final adventure.

When a mysterious oil lantern and a box of painted slides appear at Blackhope Tower, Sunni and Blaise are drawn back to the place where their adventures first began. When they discover that the slides conceal secrets about artist-magician Fausto Corvo, the pair find themselves once again caught up in a deadly pursuit. An old enemy is still tracking Corvo and will stop at nothing to find him. Sunni and Blaise must fight to protect Corvo’s secrets and rid themselves of Soranzo’s evil threat once and for all.

Praise For The Shadow Lantern…

The third and final volume of the Blackhope series begins with some engaging realistic scenes with Sunni and Blaise before the teens step into the chaotic fantasy realm, where their relationship becomes secondary to their quest and their survival. A surprise near the end offers a satisfying twist for Blackhope fans.
—Booklist

Teresa Flavin was born in New York and studied art in Boston and at Syracuse University. After moving to Glasgow, Scotland, she was awarded the Scottish Arts Council New Writers Bursary. She has illustrated a number of picture books. Her first novel, The Blackhope Enigma, was nominated for a Cybil Award. Teresa Flavin lives in Scotland.
Loading...
or
Not Currently Available for Direct Purchase