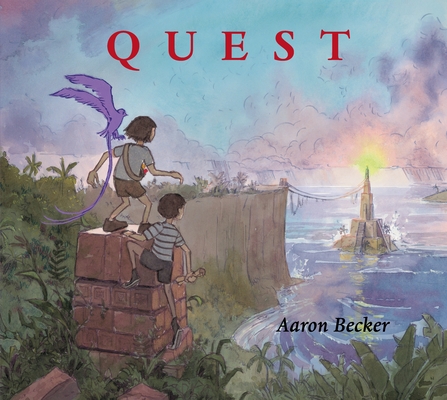 Readers will experience the power of wonder and the value of companionship through this picture book. With watercolor, pen, and ink illustrations adding a tone of mystery to the quest, this story invites readers to continue the imaginative journey begun in Becker’s earlier title.
—Reading Today Online

Aaron Becker has made several memorable journeys in his lifetime. He’s lived in rural Japan and East Africa, backpacked through the South Pacific and Sweden, and most recently, ventured from the San Francisco Bay area to Amherst, Massachusetts, a town he now calls home with his wife, daughter, and lazy cat. To this day, his favorite destination remains his imagination, where you can often find him drawing secret doorways and magic lanterns.
Loading...
or support indie stores by buying on