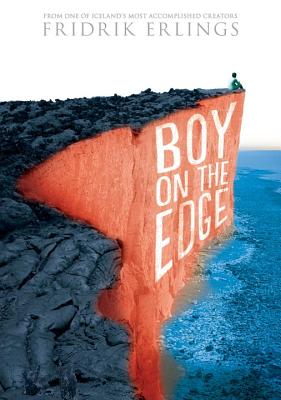 Boy on the Edge

Can a boy on the edge find his way back? From award-winning Icelandic author Fridrik Erlings comes a novel as cruel as it is tender.

Henry has a clubfoot and he is the target of relentless bullying. One day, in a violent fit of anger, Henry lashes out at the only family he has — his mother. Sent to live with other troubled boys at the Home of Lesser Brethren, an isolated farm perched in the craggy lava fields along the unforgiving Icelandic coast, Henry finds a precarious contentment among the cows. But it is the people, including the manic preacher who runs the home, who fuel Henry’s frustration and sometimes rage as he yearns for a life and a home. Author Fridrik Erlings offers a young adult novel that explores cruelty and desperation, tenderness and remorse, but most importantly, kindness and friendship.

Praise For Boy on the Edge…

In contrast with his sparse outward expression, Henry’s rich inner life is conveyed in lush, beautiful passages describing his deep longing for friendship, his anger and guilt about his mother, his frustration with Emily’s dogmatic reverend husband, and his growing love for the harsh yet comforting Icelandic landscape surrounding the farm. Full of poetic renderings of the craggy terrain, Erlings’ sophisticated, character- driven story builds slowly as Henry learns gratifying truths about love and family.
—Booklist

In this Icelandic import we enter a world of spare, Bergman-esque intensity and darkness, with a landscape of lava rock and steep cliffs, that is unforgiving and steeped in stories of tragedy and entrapment. ... A deeply engaging story.
—The Horn Book

The themes and ideas are universal, especially for troubled readers who are looking for characters to relate to in their own lives. ... This is a touching story that will stay with the reader for a while.
—VOYA

The story is told from Henry’s point of view; the characters and plot are believable. ... The book’s portrayal of religion as used by the home’s director to bully the boys on the farm is well done and realistic.
—Library Media Connection

Fridrik Erlings is a novelist, screenwriter, graphic designer, and musician. He is the author of the Icelandic classic Benjamin Dove as well as Fish in the Sky. Boy on the Edge, he says, is a story "about an individual with a rich inner life but with severe limitations about expressing his feelings." Fridrik Erlings lives in Iceland.
Loading...
or
Not Currently Available for Direct Purchase