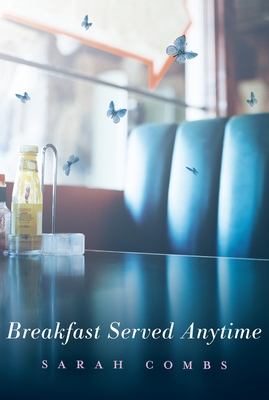 A coming-of-age debut evokes the bittersweet joys and pangs of finding independence in one unforgettable summer away at "geek camp."

When Gloria sets out to spend the summer before her senior year at a camp for gifted and talented students, she doesn’t know quite what to expect. Fresh from the heartache of losing her grandmother and missing her best friend, Gloria resolves to make the best of her new circumstances. But some things are proving to be more challenging than she expected. Like the series of mysterious clues left by a certain Professor X before he even shows up to teach his class, Secrets of the Written Word. Or the very sweet, but very conservative, roommate whose coal-industry family champions mountaintop removal. Not to mention the obnoxious Mason, who dresses like the Mad Hatter and immediately gets on Gloria’s nerves — but somehow won’t escape her thoughts. Beautifully told by debut author Sarah Combs, this honest and touching story of growing up is imbued with the serene atmosphere of Kentucky’s natural landscape.

This debut novel is a gem. It captures and holds the sweet essence of those fiercely intense relationships that often blossom during the enforced intimacy of sharing rooms and assignments. It handles literature, friendship, heartbreak, and joy with equal tenderness. ... This is a beautifully written coming-of-age novel with characters so detailed readers feel that they know them and dialogue so natural, readers feel as though they said it.
—VOYA

Gloria’s upbeat attitude, effectively depicted through her often funny, too-quickly-judgmental voice and the ineffable enthusiasm of the campers she encounters, offers a satisfying, thoughtful take on growing up. In a promising debut, Combs crafts a strong, memorable female character and a broad collection of fully fleshed-out secondary players who share a magical summer.
—Kirkus Reviews

Beautifully drawn characters populate this affecting first novel, each of them real enough to be hug-worthy. It is a story of friendships more than of young love (though a blushing crush certainly fits in nicely), and when a gay character comes out to her friends, it is handled without gasps or fanfare. There is much to be savored in this book for those who want a story about real life and real friendship.
—Booklist

Combs's debut introduces a vivid, self-aware protagonist at a significant juncture in her life. ... Infused with romance and intellectual energy, Combs's story eloquently captures the euphoria and transformation that can arise from an intense period of personal introspection. Gloria's Whitmanesque quest for visceral experience is exciting and inspiring, as is her ability to recognize the significance of quiet moments as they unfold.
—Publishers Weekly

Earnest... Ambitious... The author’s palpable affection for her state and the sweet-as-Kentucky-pie passages guarantee that Breakfast Served Anytime will have solid regional appeal.
—School Library Journal

Combs’ language has moments of poignancy, illustrating a sensitive understanding of the inner and outer worlds of gifted adolescents and ultimately providing ... readers with a heartening message about leaving a home one loves and moving into the larger world of adulthood.
—Bulletin of the Center for Children's Books

Sarah Combs leads writing workshops at a nonprofit literacy center in Lexington, Kentucky, where she lives with her two young sons, two pacifist bird dogs, and her modern-day Atticus Finch of a husband, whose acquaintance she first made at a geek camp not unlike Gloria’s. Breakfast Served Anytime is her first novel.
Loading...
or
Not Currently Available for Direct Purchase