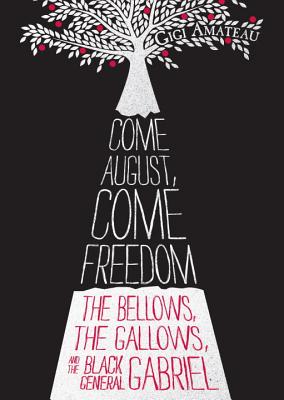 In a time of post-Revolutionary fervor in Richmond, Virginia, an imposing twenty-four-year-old slave named Gabriel plotted a rebellion involving thousands of African- American freedom seekers armed with refashioned pitchforks and other implements of Gabriel’s blacksmith trade. The revolt would be thwarted by a confluence of fierce weather and human betrayal, but Gabriel retained his dignity to the end. Interwoven with original documents, this poignant, illuminating novel gives a personal face to a remarkable moment in history. This edition includes extensive research notes on the story behind the plot.

Praise For Come August, Come Freedom: The Bellows, the Gallows, and the Black General Gabriel…