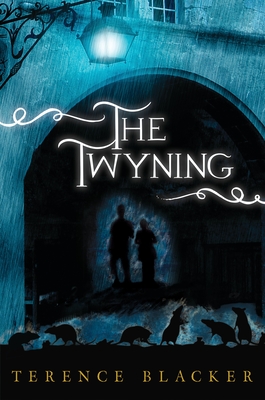 In a harsh and dangerous world, a rat and a boy must each choose their way as their fates become inextricably linked.

Efren is a young rat, unnoticed and timid among the kingdom of rats living in the London sewers. When the king dies, leaving the kingdom in upheaval, only Efren dares to journey into the human world, where he discovers a human doctor’s plan to destroy London’s entire rat population. Meanwhile, Peter, otherwise known as Dogboy, does odd jobs for both the scheming doctor and the town ratcatcher. But his gift for understanding animals — even rats — forces him to decide where his allegiances truly lie. Dogboy and Efren, along with the waifish girl Caz and her pet rat, Malaika, set out to test the strengths of friendship and loyalty against the gut-wrenching cruelties of the world.

Praise For The Twyning…

A painful but mesmerizing tale... Well-wrought characters (both human and rat), a compelling presentation of difficult moral questions, and a devastating portrayal of society’s dark underbelly make this novel hard to forget.
—Publishers Weekly (starred review)

A meaningful story, both in the human world and in Blacker’s impressively comprehensive rat society, of the creeping dangers of mass hysteria and the power of bravery and compassion.
—Booklist Online

Readers who roll their eyes at books that suggest nobility and honor are implicit traits in talking animals (or talking humans, for that matter) will find this to be a bracing change of pace.
—Bulletin of the Center for Children's Books

Told in alternating chapters between the rodent and human protagonists, Blacker’s novel introduces both the world of Dickensian street orphans and the hierarchical rat kingdom. The suspense builds as the characters’ worlds come closer and into conflict. This book will appeal to readers who are looking for a step up from the “Redwall” series, but are still interested in an action adventure filled with a magical merging of the known human and mythical animal worlds. ... Both characters are relatable and readers will cheer for them as they find strength and grow in their adventures.
—School Library Journal

Terence Blacker is the author of numerous books for children and adults and is a columnist for the Independent. This is his first book with Candlewick Press. He lives in the English countryside in a house that he converted from a goose hatchery.
Loading...
or
Not Currently Available for Direct Purchase