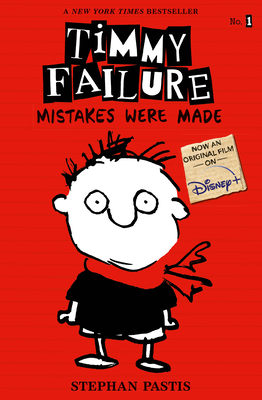 “An endearingly pathetic antihero with delusions of greatness. . . . Seldom has failure been so likable — or so funny.” — The Wall Street Journal

Take Timmy Failure—the clueless, comically self-confident CEO of the best detective agency in town, perhaps even the nation. Add his impressively lazy business partner, a very large polar bear named Total, and what you have is Total Failure, Inc. From the offbeat creator of Pearls Before Swine comes an endearingly bumbling hero in a hilarious caper accompanied by a whodunit twist. With perfectly paced visual humor, Stephan Pastis gets readers snorting with laughter, then slyly carries the joke a beat further—or sweetens it with an unexpected poignant moment—making this a comics-inspired story that truly stands apart from the pack.