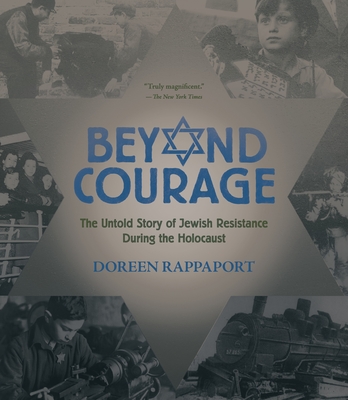 "The very model of excellence in nonfiction. . . . An astonishing and inspiring survey. . . . A necessary, exemplary book." — Kirkus Reviews (starred review)

Through meticulously researched accounts — some chronicled in book form for the first time — Doreen Rappaport illuminates the defiance of tens of thousands of Jews across eleven Nazi-occupied countries during World War II. In answer to the genocidal madness that was Hitler’s Holocaust, the only response they could abide was resistance, and their greatest weapons were courage, ingenuity, the will to survive, and the resolve to save others or to die trying.
Back matter includes a pronunciation guide, a list of important dates, source notes, a bibliography, a bibliography by chapter, and an index.