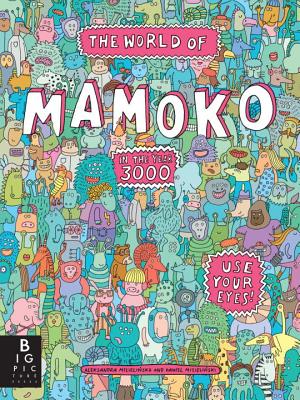 It’s the year 3000 in Mamoko, but what does the future hold? This is the second book in the revolutionary Mamoko series, in which the reader becomes the storyteller, sharing their discoveries as they use their eyes to uncover the cosmos of characters packed into every page!

Praise For The World of Mamoko in the Year 3000…

The Mizielinskis have crafted a civilization that is clever and compassionate, hardworking and fun-loving; it is a pleasure to inhabit and visit.
—Kirkus Reviews

Aleksandra Mizielinska and Daniel Mizielinski graduated from the Academy of Fine Arts in Warsaw, Poland, in 2007. In 2010 they were nominated for the Bologna Ragazzi Award and the IBBY Honor List.
Loading...
or
Not Currently Available for Direct Purchase