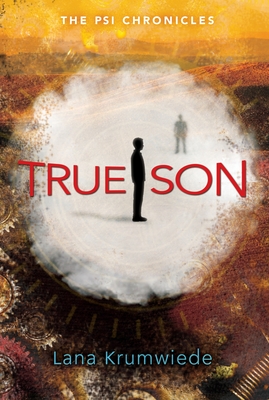 Four months ago, Taemon was able to stave off an invasion by the Republikite army by using tricks to convince his enemies that the people of Deliverance still had the telekinetic ability known as psi. Now, though, the truth of his deception has come to light, and the Republik is prepared to mount another attack, led by General Sarin and his son, Gevri. Once an ally, Gevri is fuming over Taemon’s perceived betrayal. Now that his father has put him in charge of a special archon unit, Gevri is ready to exact revenge on his foe—and, with Deliverance securely in the control of the Republik, to end the centuries-long war between the Republik and the Nau nations. Can Taemon—the supposed True Son and savior of Deliverance—find a way to save his people one last time?

Those anticipating the conclusion of the trilogy will not be disappointed.
—Kirkus Reviews

Fans of Freakling (2012) and Archon (2013) will fully appreciate this messianic finale.
—Booklist

For librarians who haven’t already purchased this series, now’s the time. A great addition to most middle school collections.
—School Library Journal

The author’s world-building is complex and well thought out ... Fans of the first two dystopian novels will appreciate the finale.
—VOYA

Lana Krumwiede is the author of the first two books in the Psi Chronicles trilogy, Freakling and Archon, as well as the picture book Just Itzy, illustrated by Greg Pizzoli. Her short stories, articles, and poems have appeared in various publications, including Highlights, High Five, Spider, Babybug, The Friend, and Chicken Soup for the Child’s Soul. She lives in Richmond, Virginia.
Loading...
or
Not Currently Available for Direct Purchase